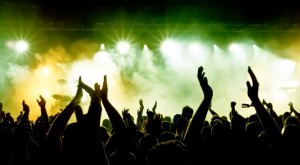 As a musician, you probably know how important your live show really is. It’s most likely your favorite part of being a musical artist – just as my favorite part of being a music lover is  being part of a live music event. It can be a concert at a tiny hole in the wall bar or at a huge arena. Either way, I  want to be moved by the performance I am seeing. If you have been attending concerts for as long as I have (since I was 4) or performing them, then you should have some high expectations and those should be delivered upon. Here is 1 BIG tip to help make your live performance reach your audience.

Testing testing, is anyone out there? As an artist you might assume that if someone comes to your concert, then they are already a fan and want to hear you perform. WRONG! Never assume that, always assume that it’s their first introduction to you and your music. Think of it like a first date, you want to put your best foot forward and get to know your audience because they want to get to know you too. You have to engage your audience, not only musically, but also visually and emotionally. Playing one song right after the other won’t work. You have to give feedback and talk. Let your audience know about the backstories to your songs, about the recording process, or touring. Any tidbits help, so whatever you feel like sharing, please do. You never know who is seeing you for the first time and who isn’t. Recently, I took my boyfriend to see Keith Urban in concert. Let me say that my boyfriend, God bless his soul, is not a country music fan one bit. He is a true metal fan. Therefore, you can imagine my surprise when after the concert my boyfriend professed to now being a Keith Urban fan! (Pigs are flying somewhere, I swear!) Sure, it probably helps that Keith Urban shreds on the guitar like nobody’s business. But besides that, my boyfriend became a fan because the great band Keith had backing him, Keith’s quirky and insightful banter between him and the audience, and of course his pure raw talent. Either way, a tried and true metal head is now a Keith Urban fan. The lesson here folks is, never assume the audience loves you. Make them fall and stay in love with you by keeping your live show honest and interesting. It will keep them coming back for more.